New Iowa State head coach Paul Rhoads announced at Cyclone media day that the names will be returning to the back of the uniforms.  The news was warmly received by Cyclone Nation.  The names will make it much easier for fans to spot newcomers they hope will get the Cyclones back to a bowl game in the very near future.  Here are a few newcomers that we will have our eyes on September 4th.

WR Josh Lenz #19 – Josh has had quite a summer.  He was the MVP of the North squad at the Shrine Bowl after scoring two long touchdowns and has been drawing rave reviews from his coaches in his first couple weeks as a Cyclone.  Lenz is a sure bet to play this year returning kicks and punts and will be a deep threat as a receiver.

LB A.J. Klein #47 – AK 47 started summer camp fast with Coach Rhoads singling his play out after the first practice.  At 6-1, 234 pounds he comes ready to play right away at linebacker.  He is likely to play this year with the Clones desperately needing improvement at LB this season.  Klein is currently listed in the two deeps.

DB Jeremy Reeves #5 – Reeves is an undersized corner and could probably benefit from a redshirt year, but he has turned some heads with several picks in practice.  He has good footwork and breaks on the ball really well.  We are guessing either Reeves or Jansen Watson will need to play this year to add depth to the secondary.

DB Jansen Watson #21 – Watson is the other DB that could see playing time this year.  Secondary coach Chris Ash likes the progress that both Watson and Reeves have made so far.  Jansen is the bigger of the two, but he could use some beefing up as well.  It wouldn’t completely shock us if both freshman DB’s played this year.

RB Beau Blankenship #42 – Coming in to camp we were pretty confident that both freshman RB’s would redshirt.  However Beau has caught the coaches eye with his tenacity and burst through the hole.  Couple that with some underwhelming performances by the RB’s backing up Alexander Robinson and Blankenship is now challenging for time.

LB Jake Knott #20 – Jake has the size to play right away, but we are thinking he redshirts unless Taufoou or Lattimer get injured or are ineffective.

DL  Walter Woods #95 – Walter is off to a great start getting penetration on the DL.  He is a big boy already at 5-11, 297 pounds.  With Alburtis, Rump, Bailey Johnson and Jerrod Black returning, odds are that Walter keeps his redshirt.

The next group of players are likely to remain redshirted, but have made some noise.

WR Keith Blanton #89 – Blanton has also looked good in practice, but the receiver group is very deep which should allow Blanton a year to sit out and learn the system.

RB James White #22 – James should be a great fit for this offense in the future with his jitterbug style and good hands.  We have heard more about Beau Blankenship, but he has impressed as well.

Other freshman likely to remain redshirted that we need to learn more about. 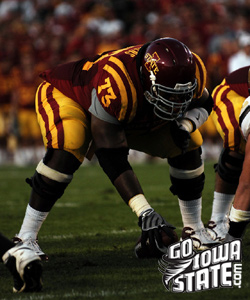