In Monday’s Des Moines register Missouri head coach Gary (Tinkel) Pinkel was quoted as saying “I just got a call from the (Big 12) conference office and Walt Anderson. He said that they clearly made a mistake on that play where (quarterback) Chase Daniel scored. He said to me, ‘We blew it.’ ” He was […]

Rant About The Referees (Part II)

– I hope I don’t have to go on about this all season. Here’s my gripe… Are you telling me that the multi-million (billion) dollar industry that is the NCAA can’t come up with 7 guys to referee a game? First let me say ISU’s game last weekend was the worst officiated game I think […]

– How in the world did we end up with Mountain West officials for the game Saturday? Why isn’t there a rule that keeps that from happening? If there is a game between a Big 12 team and Mountain West team there should be an officiating crew from another conference doing the game. I sure […] 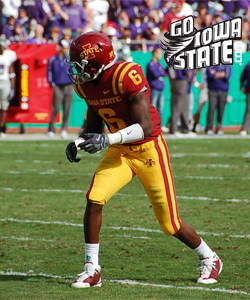