It will be a ‘Battle for the Ages’, a ‘Clash of the Titans’, an ‘Instant Classic’, [insert your own cliche here].  Sunday’s meet has the potential to be one of the greatest dual meets in history, at least in these parts of the country.  Iowa visits Ames Sunday to battle the Cyclones who proved they are the […]

11/1/2007 – Ames, IA The Cyclone wrestling team held their pre-season wrestle-off challenges in front of a nice size crowd of roughly 600 people tonight at the Lied Recreation Center. Four of the ten starting spots were up for grabs due to the departures of the Paulson brothers, the ‘Beast from the East’ Kurt Backes, […] 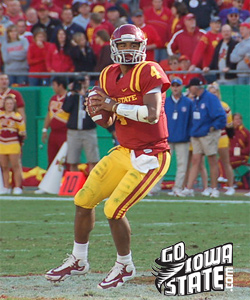