We have assembled a list of 10 attainable goals for Cyclone football in 2010.  The list of goals below goes in order from easiest to hardest to accomplish. 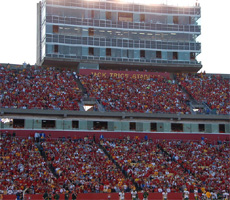 WE MUST PROTECT THIS HOUSE