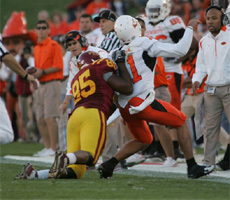 The Iowa State Cyclones had one of their worst performances last Saturday against the Oklahoma State Cowboys.    The Cyclones came in the top rushing team in the Big 12, but it was the Cowboys who dominated on the ground, rushing for 331 yards while Iowa State managed just 54 yards.

The Cowboys dominated on the scoreboard as well beating the Cyclones 34-8.  We did have two photographers covering the game, the first set of pictures is from Steve Fry. If you want to save any of the pictures click this link – Iowa State vs Oklahoma State pictures on Flickr 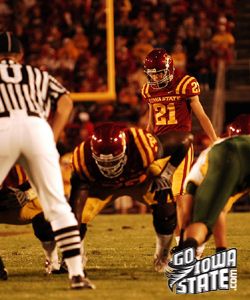