Cyclones.com has a poll asking fans which song they would like to hear played between the third and fourth quarters at the game this weekend? Is it too late to write in for Soulja Boy Tellem’s “Crank That”? I hope at some point during the game they play this song because the Longhorn players sure can Crank That. Check out the video. 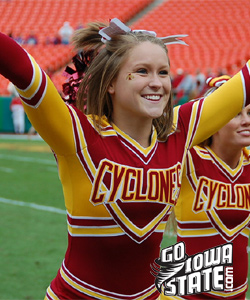