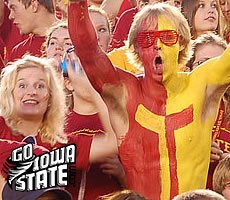 Ames, IA – If you were at the game on Thursday, be sure to check out all the photos and see if we got you on camera as the Iowa State Cyclones beat the North Dakota State Bison to kickoff the 2009 college football season. If you weren’t there, see the Cyclones photos as they hosted the Bison on a beautiful Thursday night, launching the career of head coach Paul Rhoads and his coaching staff at Iowa State. Hats off to the Cyclone fans for packing the jack, despite the football team being in the midst of a ten game losing streak. Nobody has more faith than Cyclone fans! If you know of any other good photos from this game, please post a link in the  comments on this article. If you know someone who would enjoy these photos, please send ’em a link. Thanks!

See all the Iowa State vs North Dakota State 2009 Photos 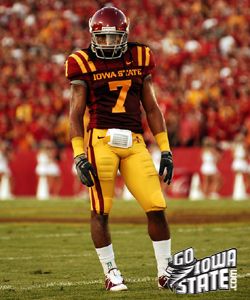