Alexander Robinson rushed for 143 yards against the Golden Flashes

Paul Rhoads and the Iowa State Cyclones ended the road losing streak with a convincing 34-14 win over Kent State earlier tonight.  The Cyclones were led by Austen Arnaud and Alexander Robinson on offense.  Arnaud contributed 3 TD’s (2 rushing, 1 passing) and had only one turnover.  Robinson rushed for 143 yards and a touchdown.

Iowa State is now 2-1 on the season and they will face the 2-1 Army Black Knights next week at 6 pm in Ames. 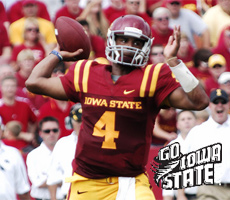 3.  Austen Arnaud bounced back with a good game going 13-21 for 144 yards a TD and no interceptions and also running for 42 yards and 2 TD

4.  The Cyclones caused five turnovers – 4 fumbles and one interception

5.  Kick coverage and punt coverage were both very good

7.  Michael Brandtner had a very good performance after a rough one last week (46.3 yard average)

8.  The linebacker play was very good – Raven, Smith and Garrin all played well

9.  Jake Williams and Marquis Hamilton both stepped up at wide receiver – Hamilton caught 3 straight passes on the opening drive and Williams had a great catch on a 22 yard TD pass

10.  ISU played alot of reserves in the second half, giving several youngsters much needed playing time with the lights on

11.  The quick tempo in the first half worked like a charm – hopefully we will continue this in future games 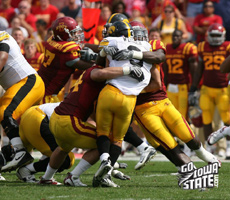 1.  Iowa State led 27-7 at halftime and seemed to let off the gas in the second half….there was an opportunity to make this a blowout and the Cyclones just couldn’t do it

2.  The Cyclones are still a little out of rhythm on offense….penalties, fumbles, misreads, etc…..but it seems like they are close to putting it all together

4. Four turnovers – Tiller INT in the red zone, Lenz, Arnaud and Schwartz lost fumbles….too many – clean it up

5.  Dri Archer burned the Cyclones on a 44 yard TD reception – Fred Garrin was put in a bad mismatch with the speedy Golden Flash freshman 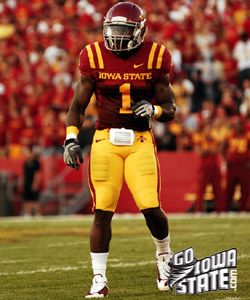