The Iowa State Cyclones and Nebraska Cornhuskers met for their final Big 12 football game last Saturday.  It was a game that fans will remember for a long time to come, unfortunately the Cyclones came out on the short end of the contest.  The Huskers won 31-30 in overtime when Daniel Kuehl’s pass was intercepted in the endzone on a fake extra point attempt.  Iowa State (5-5) will attempt to become bowl eligible again this week when they travel to 3-6 Colorado this Saturday 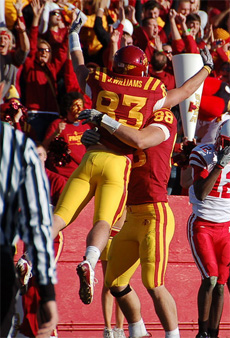 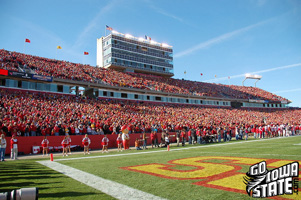 Want to save the photos? Visit our Flickr gallery (217 Photos) – Iowa State vs Nebraska Football Photos 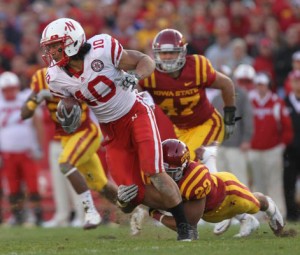 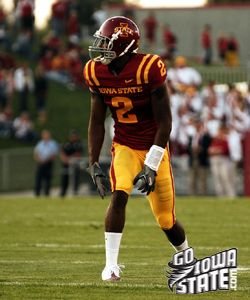